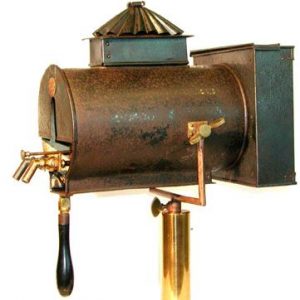 A trip to the theatre nowadays is usually a treat. Today when passing through the glass doors of our beautiful theatres in the south-west and seeing the lush surroundings, the deep red carpet, the swish doors of the auditorium, and passing through those doors, the rows of comfortable velvet clad seats, all numbered. One of those seats is yours for the evening, where you will witness a live play, or a musical or even a pantomime. But whatever you will see, you will be enthralled, transported to a different world of the theatre with live performers – just for you … for a few hours.

But just about a century ago a trip to the theatre was an entirely different experience. Without many of the forms of electrical entertainment we now take for granted, a trip to theatre was usually to witness a performance of variety, such as singing, dancing, jokes and even a bit of magic. The auditorium was very varied in its accommodation, with sprung seats for the well-heeled, and benches, or standing on straw, for everyone else in the heights of the gallery. The wealthy seats didn’t have it all good though, as when it got riotous, beer and other objects would rain down from the heights from the over-excited crowd onto the seats below.

Lighting was a challenge in Victorian theatre. Live fire on the stage was not unusual, and fire escapes were non-existent. Oil lamps replaced candles, and then gas lamps followed, but all were volatile when it came to a fault. Almost every theatre in the United Kingdom suffered with one fire or another during this period, and over 26 theatres were destroyed completely by fire during this time.

In Bath the Theatre Royal was all but burnt to the ground in 1862 when a fire broke out one night, luckily it was empty. Just the façade was left standing, but plans were quickly put in place to build anew, and in 1863 it opened again to a Midsummer Night’s Dream. A fire-proof curtain on the stage, additional exits and a staircase were fitted in 1902 in order to comply with safety regulations. The Theatre Royal in Bath then enjoyed a renaissance until the 1970s when going out for entertainment had now become unfashionable. It was sold on several times and ran into debt and dilapidation, before it limped on through the 1980s.

But after the millennium and the tourist trade booming, the theatre enjoyed a new popularity. The Ustinov and the Egg auditoriums were built and the Theatre Royal itself was refurbished to a standard to suit the audience of the 21st century.

The smell of the grease paint is gone, and so are the lime lights, but a night out at the theatre remains as popular as ever. In 2018 large crowds of people in closed spaces such as auditoriums are also taken very seriously by fire safety officials. For all your fire safety needs including installation and maintenance of fire alarms, smoke alarms, extinguishers, fire blankets, fire risk assessments and fire safety training for your staff contact our own specialist people at Bath & West Fire & Safety. 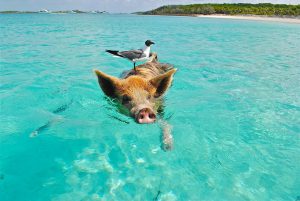 In 2017 a dream was hatched: it featured an idyllic island in the Bahamas, luxury yachts, sunsets, beautiful people … thousands of them, all pulsating to the beat of the music of hedonism – well it seemed like a good idea at the time. The Fyre Festival was born from an idea of an entrepreneur based in New York, he had experience of running events … sort of, he sure had a following – mostly wanting a refund.

But back to the Fyre Festival. It had to be somewhere people really wanted to be seen. So, a massive publicity party was arranged, and filmed on an island in the Bahamas. Carefully staged super models and sports stars cavorted on the beach, rolled in the sand, skipped around yachts, swam with pigs … but when the island owner found out, he told them to leave. Nevertheless party photos were posted on the internet and potential revellers loved them! Another Bahamas island was found, and the Fyre Festival plan trundled on. The musicians were booked, all hip, hop and happening – it was going to be great! Next … well it all got a bit complicated after that.

The fact was that the planning for the Fyre Festival was pitiful. Getting thousands of people to an island for one event is challenging enough but thinking through looking after them when they are there is a logistical nightmare. In this case, just shipping in enough drinking water (the island had no reliable domestic water infrastructure) almost cost one member of staff his dignity and his job, it didn’t help that the organiser insisted on Evian, originating from France at a cost of $175,000 as a customs bill to pay. Food, shelter, toilet facilities and fire safety all had to be considered, discussed, arranged, allocated, obtained and supervised – not so glamorous as booking stars, but absolutely necessary when you have crowds of people together for an event.

The Fyre Festival crashed onward regardless, and when the date arrived, the crowds poured in. They were greeted after a rainstorm by emergency tents and soaking wet mattresses, half-built stages, cancelled acts, and … then the infamous and grim cheese slice and lettuce in a plastic box which failed to convince party goers that this offering was luxury nosh flooded aghast onlookers via the internet. Lord of flies had arrived, it was every man and woman for themselves as people fought for mattresses, food and to retrieve their baggage from a truck in the middle of the night. The organisers had no choice but to call the event off and send everyone home.

The Fyre fiasco was a reminder to organisers of any event, large or small. Planning is the priority – months, or even years ahead. What are people going to eat? Where are they going to sleep? What fire safety procedures do you have in place? Fire safety checks need to be made and fire safety equipment can be hired or purchased for events in advance. For all your event fire safety needs, contact us at Bath & West Fire & Safety.

Its 2019 … happy new you? If you have started off the year with the resolution to eat Mediterranean and dangle from the ceiling on 30-foot ribbons trying out the latest aerial flying fantastic craze, please stop for a moment and read this. Before you stretch the lycra you need to make sure that your surroundings haven’t got a bit ‘bloated’ over the festive season. Taking a few steps around your building you might notice that passageways have become blocked with stacks of stuff, well roll up your sleeves – they need to be cleared. Further, take a step ladder and stick your finger up to test your smoke alarm, working ok? Fine. Need batteries? Take a gentle jog to the shops and buy some. Your surroundings looking a bit neglected? Show some love and request a fire risk assessment with our in-house expert. Fire extinguishers a bit flat and dusty? Its time for an annual fire safety check with our qualified technicians.

Predictions for 2019 fitness routines is that short, sweet and often is the trend, so make a date to stride around your surroundings regularly to look out for things that need attention. Happy January!

For all your fire safety needs including fire risk assessments, installation and maintenance of fire alarms, smoke alarms, extinguishers, fire blankets and fire safety training for your staff contact us at Bath & West Fire & Safety.