Images of a crackling fireplace may be very attractive to look at, but a real fire is not necessarily the most efficient way to heat spaces.

Here are our tips to keep you warm during this cold snap:

1. Say hello to the sun. As soon as the sun streams through your windows make sure you make the most of it by letting it in to heat your place for free.
2. Draw your curtains at night. When the light turns to dusk close your curtains making sure that all gaps are covered, if you have a curtain pelmet (a top window covering) even better. Did you know you could lose up to 40% of heat through your windows if they are left uncovered?
3. Get a cat. Cuddling a pet is like having your own live hot water bottle, and sometimes they can be good company too!
4. Get a dog. A cloth sausage dog draught excluder that lays on the floor by the gap between the door and floor might be an old-fashioned idea, but it works.
5. Move your sofa. Is furniture blocking the way and preventing your radiators from heating spaces? If so, move it so that the heat can circulate.
6. Turn your heating down a bit. This might sound daft but a lower constant heat is more economical and efficient than sudden bursts of high heat in cold temperatures.
7. Check your smoke alarm. With all this extra heat, and especially if you have an open fire, make sure that your smoke alarm and extinguisher are in tip-top form.

It is cold at the moment but can be beautifully sunny during the day. Donning a woolly hat and getting out for a brisk walk is free and keeps the circulation going. Spring is on the way, honest! 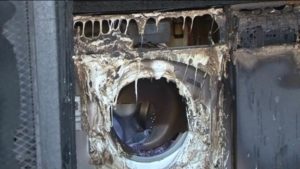 The consumer group Which has released a report stating that faulty appliances have been the cause of on average 60 fires a week in the UK. This shocking statistic included a breakdown of the types of household appliance likely to be the cause of the fire. Of the known origins, heading the list are washing machines and tumble driers with a 35% share causing an average of 20 fires a week. Following behind, ovens at 11%, dishwashers 10% and fridge freezers at 8%. Below that pc machines, kettles, vacuum cleaners, irons and audio equipment taking a share of less than 1% each.

The brands of each appliance were also revealed, but trends as to whether these brands are of more risk than others have been disputed by the manufacturers.

Which have called for government action to force manufacturers to remove potentially dangerous electrical white goods from homes. The recently set up Office for Product Safety and Standards needs to prove how it will solve the problem, Which added.

This report is indeed sobering reading. Having well maintained fire safety equipment is a must for any household or business. Contact us at Bath & West Fire & Safety for smoke alarms, fire blankets and fire extinguishers – your local friendly experts. 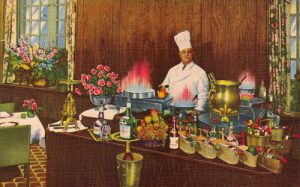 On Shrove Tuesday, the classic just for adults dish crepes suzette is the one to complete any retro meal but it remains as popular as ever for the elegant way to serve pancakes especially with Valentine’s Day tomorrow.

But where did it originate from? Legend says that the dish was created out of a mistake made by the young waiter Henri Charpentier in 1895 at Monte Carlo’s Cafe Paris. Nervously preparing a dessert for the Prince of Wales, who would become the future King Edward VII, the 14-year-old Henri clipped the cordials beside the chafing dish where he was cooking crepes and the contents caught fire.

The boy panicked, thinking the dish was ruined. Meanwhile, the Prince and his chums were waiting. Should he throw the dish away? Henri tasted it. It was, he thought, the most delicious melody of sweet and sharp flavours. That accident of the flame was precisely what was needed to bring all those various instruments into one harmony of taste . . .

The Prince ate the pancakes with a fork; but he used a spoon to capture the remaining syrup. Asking the waiter Henri, the name of this wonderful new dish eaten with so much relish, the boy told him it was to be called Crepes Princesse, after the Prince’s wife. No, no, no replied the Prince; call it after my lady guest, Suzette! And so, the dish was born, and it is said that one taste would reform a cannibal into a civilized gentleman. Maybe a bit far-fetched, but it is a spectacular dish at any time.

If you don’t have a chafing dish, crepes suzette can be carefully prepared in a frying pan, but as with all naked flames you must be careful, wear a flameproof apron, keep the pan lid handy along with your fire blanket. A singed fringe is not a romantic look. 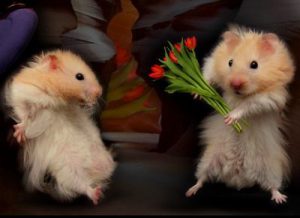 Scented candles are hugely popular at this time of the year with, hey there! Valentines Day just around the corner (next Wednesday). Among the roses, chocolates, lacy stuff and teddy bears the way to one’s significant other’s heart will be the romantic ‘night in’ with bubbly and foam bath … and scented candles to keep the atmosphere of ‘lurrve’.

Scented candles are different from dinner candles in that they rely on the pool of melted wax to throw out the fragrance, therefore they need to be contained in some way, usually by a glass jar, but whatever the candle rests in, it must be resistant to heat. Ventilation is important with this type of candle, also location as you should always avoid moving a scented candle once it is lit, due to the liquid nature of it. Place the candle on a level surface away from curtains, books, draughts and away from a plastic bath as all of these are a fire risk. Groups of closely placed candles might look good in the films, but these are a fire risk too, as they can cross flare and the whole lot could turn into a bonfire, which would not be romantic. Never leave burning candles unattended. Make sure that you have a working smoke alarm. It is worth bearing in mind that nearly 40% of all household fires in the UK are started by candles, and every year hundreds of people end up in hospital with candle related injuries, which can sure put a dampener on the romantic mood.

For all your fire safety needs including fire extinguishers, fire blankets and fire alarms contact us at Bath & West Fire & Safety.